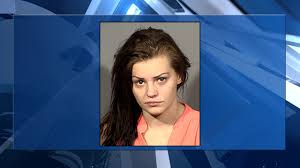 Las Vegas police identified the woman accused of killing a nail salon owner after failing to pay for a $35 manicure, PEOPLE confirms.

Police say they are looking for 21-year-old Krystal Whipple in the death of 53-year-old “Annie” Nhu Nguyen, who was run over and killed Dec. 29 as she was trying to stop Whipple from leaving the parking lot of her business, Crystal Nails & Spa, about 40 blocks from the Las Vegas Strip.

“We are asking the public’s help if they have knowledge of where this person is to contact the homicide section,” Officer Larry Hadfield tells PEOPLE on Thursday.

Police say Whipple stopped by the salon to get a manicure around 3:45 p.m. Saturday. She allegedly attempted to pay with a fraudulent credit card. When the credit card payment didn’t go through she allegedly said she would get cash from her black 2017 Chevrolet Camaro, but instead started to drive away.
Posted by Staff 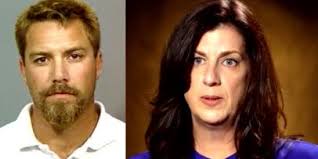 Sixteen years after Scott Peterson was convicted of murdering his pregnant wife Laci Peterson, his sister-in-law claims that the family has evidence that could prove his innocence.

“My brother-in-law is called a sociopath, a narcissist, a monster, but we have the evidence to show that Scott Peterson is innocent,” Peterson’s sister-in-law Janey Peterson told the Dr. Philshow on Monday.
She said that police failed to question 14 witnesses, including a mailman whom she claims has key evidence that would contradict the police timeline.Peterson was convicted of the double murder and is now on Death Row at San Quentin prison.Laci Peterson was eight months pregnant when she disappeared on Christmas Eve in 2002. Her body — and the body of her unborn son Connor — were found four months later. 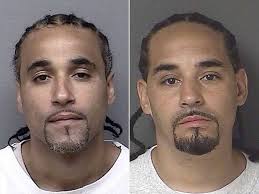 In 2017, PEOPLE reported on the case of Ricky Jones, a man falsely imprisoned for 17 years after an eyewitness to a robbery confused him with the actual suspect, to whom he bore a striking resemblance.

On Tuesday, the state of Kansas announced it would pay $1.1 million to Jones, 42, who was convicted of trying to steal a woman’s purse when he was 24 years old.

The state agreed “to this outcome so Mr. Jones can receive the benefits to which is is entitled by law because he was mistakenly convicted,” Kansas Attorney General Derek Schmidt said in a statement obtained by PEOPLE.
Posted by Staff 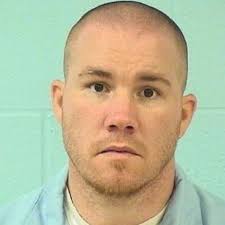 An Illinois man who posted an ad offering sex with his pregnant wife and then fatally shot the man who responded is on trial for a second time after his murder conviction was overturned, PEOPLE confirms.
In 2013, Timothy Smith was convicted of first-degree murder in the 2011 fatal shooting of Kurt Milliman, 48, who showed up to Smith’s Woodstock-area home after Smith posted an ad on Craigslist to have sex with his wife in exchange for money, according to the Northwest Herald.
But his conviction was overturned in 2015, and on Monday, Smith, now 34, appeared before McHenry County Judge Sharon Prather, who presided over his first trial, which was decided by a jury. For his second trial, Smith chose a bench trial, a spokesperson for the State Attorney’s Office tells PEOPLE.
Kimberly Smith testified that she had agreed to the transaction but during her encounter with Milliman, decided she no longer wanted to have sex with men for money, the Northwest Herald reports. Milliman and Kimberly Smith began to argue, she testified.
When Milliman allegedly became violent, Timothy Smith, who was secretly watching, allegedly intervened and shot Milliman with a handgun from behind, she testified at the time, the Chicago Tribune reports.
NUTTY NEWS TODAY    NUTTY NEWS VIDEOS    NUTTY FACTS    TODAY’S NUTTY JOKE
TRUE CRIME TODAY   Wanted By US Marshals    Amber Alert    Most Wanted By The FBI    Registered Sex Offenders
TECHNOLOGY NEWS by Percento Technologies
Posted by Staff 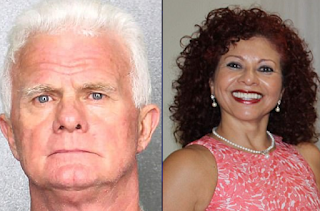 According to prosecutors, 60-year-old Francisca Marquinez was found dead in her home in Margate.

Patterson claimed that she died after accidentally choking on his manhood during a sex act.

An autopsy confirmed that Marquinez died of asphyxiation after she choked on Patterson’s manhood during a sex act.

It was also determined that there was no sign of a struggle, which would have suggested that the woman was forced to do something against her will.

Patterson’s attorney asked the judge to allow the jury to see his client’s manhood, but the judge declined.

After hearing the case including testimony from an expert on the matter, the jury determined that the death was an accident and Patterson was found not guilty.

An Arkansas woman is in jail after telling police she shot and killed her husband because he purchased pornography.
Jefferson County authorities say 69-year-old Patricia Hill called 911 to report what she had done.
Hill told dispatchers that she shot her husband, 65-year-old Frank Hill.
She told investigators that she canceled his subscription when she found out he ordered television porn.
Hill said she then asked her husband to leave and when he refused, she shot him.
Investigators found the man in a backyard shed when they noticed he had been shot twice.
"There's a shed that he would frequent from time to time, I’m not sure if it was designated as a man cave or whatever but he was found inside that shed," said Maj. Lafayette Woods.
Patricia Hill is currently in the Jefferson County detention center and will stay there until her court date next week.
NUTTY NEWS TODAY    NUTTY NEWS VIDEOS    NUTTY FACTS    TODAY’S NUTTY JOKE
TRUE CRIME TODAY   Wanted By US Marshals    Amber Alert    Most Wanted By The FBI    Registered Sex Offenders
TECHNOLOGY NEWS by Percento Technologies
Posted by Staff 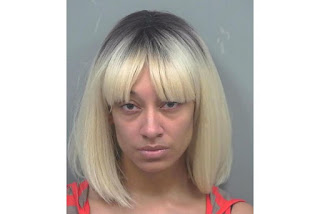 A Georgia mother was charged with the death of her daughter who, officials say, weighed 14 lbs. when she died.
At 3:30 p.m. Tuesday, Devin Moon called the Gwinnett County Police Department and told officers that her daughter Reygan, who was 2 years and 11 months old, was “unresponsive and cold to touch,” according to a press release from the department.
Moon allegedly told detectives her daughter was born with medical problems that prevented her from gaining weight. A child of Reygan’s age usually weighs between 26 and 38 lbs.
“[T]he cause of death was determined to be neglect (malnutrition),” according to the statement. “No other medical issues were discovered which could have led to Reygan’s death. Her weight at the time of death was 14 lbs.”
Moon reportedly worked as a dancer at a club and allegedly left her child alone while she worked, according to a report from local TV station WFMY2.
“During the investigation, detectives found she was leaving the child to go work, basically overnight shifts, on a regular basis,” Gwinnett County Police Sgt. Jake Smith told the TV station. He added that the child “was left at home alone for 10-12 hours most nights.”
NUTTY NEWS TODAY    NUTTY NEWS VIDEOS    NUTTY FACTS    TODAY’S NUTTY JOKE
TRUE CRIME TODAY   Wanted By US Marshals    Amber Alert    Most Wanted By The FBI    Registered Sex Offenders
TECHNOLOGY NEWS by Percento Technologies
Posted by Staff 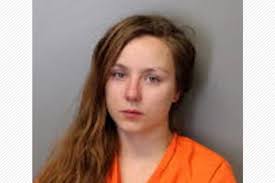 A 26-year-old Tennessee mother allegedly left her baby girl unattended in a hot vehicle earlier this week while she went inside a restaurant to drink on National Tequila Day, according to multiple news outlets.
The woman, identified as Rachel Vanwagner, faces charges of child abuse and neglect in connection with the alleged incident on Tuesday, which occurred in the parking lot at a Mexican restaurant on Highway 70 in Arlington.
Accord Deputies from the Shelby County Sheriff’s Office were first called to the establishment by a couple who overheard a child’s cries as they left dinner around 7 p.m., according to local TV station WMC.
The couple said that a baby girl, who appeared to be about 6 months old, was in a car alone, WMC reports. The vehicle was not running and the windows were left open a crack.
According to charging documents obtained by station WHBQ, the baby was sweating when police arrived to remove her from the car.
The outside temperature when authorities arrived at the restaurant was 92 degrees, WHBQ reports.
“When you walk outside you don’t expect to hear a baby in a car and when you do immediately as a parent you perk up,” said the man who, along with his wife, first called authorities He asked to remain anonymous when speaking with local TV.
“The child was hot,” he told WMC. “We could tell that she was sweating, but we knew she wasn’t in immediate danger yet.”
NUTTY NEWS TODAY    NUTTY NEWS VIDEOS    NUTTY FACTS    TODAY’S NUTTY JOKE
TRUE CRIME TODAY   Wanted By US Marshals    Amber Alert    Most Wanted By The FBI    Registered Sex Offenders
TECHNOLOGY NEWS by Percento Technologies
Posted by Staff 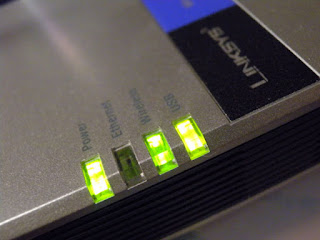 A 60-something couple in Palo Alto got an unpleasant surprise on Sunday when they woke up in the middle of the night to find a masked intruder in their bedroom. He said he wanted to use the couple's Wi-Fi network.

The burglar didn't get the Wi-Fi password he was looking for, however. The man leaped out of bed and confronted the intruder, shoving him down the hallway and out the front door. He then immediately called the police. The troublemaker was arrested by police minutes later. No one was injured in the confrontation.

Palo Alto police declined to name the 17-year-old suspect because he was a minor. He was arrested for burglary—a felony—as well as misdemeanor charges of prowling. He was also arrested for providing false information to a police officer—according to police, he initially lied about his identity when he was apprehended.

The intruder had gotten into the house by "cutting a screen covering an open window in the side yard," according to a police statement.

Remarkably, this wasn't the suspect's only legally dubious attempt to get Wi-Fi access that weekend. Just before midnight the previous night, police say, the same young man was found prowling around outside another Palo Alto home. When the house's residents came out and confronted him, he "asked to use their Wi-Fi network because he was out of data."

They told him to get lost, and he rode away on a bike that turned out to be stolen from their back yard. Police were able to recover the bike from the suspect following the second burglary, and he may face an additional charge for stealing the bike. 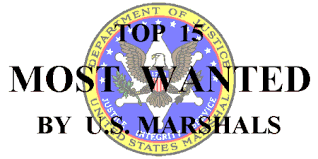 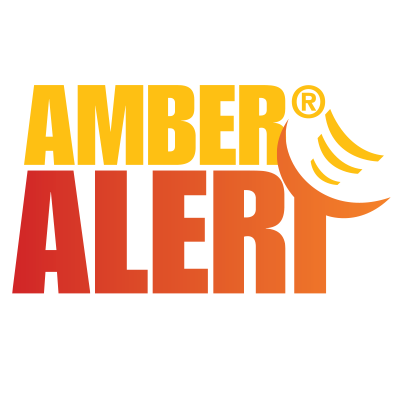 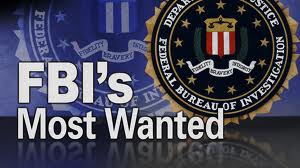 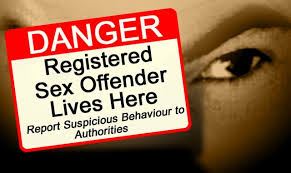